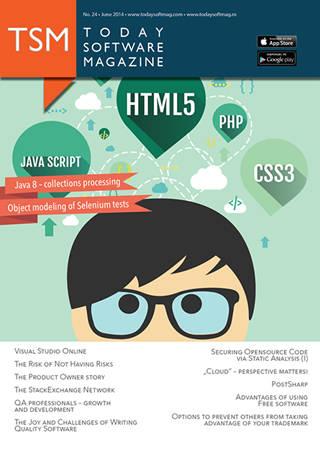 Usually, a test written in Selenium, Java and TestNG is meant to check the accuracy of items on a web page or that of a module on a web page. The classical approach of such a type of testing is represented by the high number of asserts, to compare all the desired properties to their expected values.

This approach has plenty of drawbacks, among which we could mention the difficult maintenance of tests, the waste of code-lines, lack of intelligibility. In order to avoid these drawbacks, a different approach of this type of tests is represented by the conception of tests based on the comparison of some objects.

Suppose the tested page or module is represented by a shopping cart, displayed on a shopping site. When shopping has been done, the cart contains a number of products. Each product, as shown on the page, contains: a label of its name, a description, an image, the price per product, the quantity of this product that has been put in the cart, the total price for this product (price per product * quantity) and a button by which the product can be taken out of the cart. Besides the purchased products, the cart also has: its own label, the total price of products, a link to continue shopping and a button for moving on to the next step, that of payment. The page may also contain other modules, such as a side module of suggestions for further shopping. This would be a minimal module, containing just a few products for which they would only display a name label, an image and its price.

The shopping cart would look like the one in the picture.

After adding all the desired products, the cart is ready to be tested in order to find out whether the information it displays is correct: the products shown are the ones that have been bought, each product is there in the desired quantity, the payment details are correct, etc.

Usually, the test created to check all these features of the cart would be a sequence of asserts. Even if someone wrote a method apart from the testing one, only for the checking through asserts (which would be used in several tests afterwards), the respective code lines would still be difficult to maintain and would not be efficiently written. In order to avoid the writing of these bushy and not too friendly tests, they can be object designed, as follows.

First, one should consider the overall image. What does the shopping cart page represent? A collection of different types of objects. Following the complex to simple structure, one can notice that the most complex object (the one containing all the rest) is the shopping cart. Its features are: the label, the list of purchased goods, a link, a button and a side module. Among the features, the label is represented in Java by a String, from the point of view of the test. The price can also be represented by a String. The list of products is actually a list containing "product" type objects. The displayed link is also an object, and so is the button or the side module.

Following the identification of the highest level objects, one can describe the "ShoppingCart" object as follows:

The link mentioned within the cart may include, as a minimal set of properties, a label (a String, the text seen by the user on the display) and the URL which opens by clicking on the link (a String). Its object representation can be done like this:

According to this logic, one can identify all the features of all the objects displayed on the page and these objects can be built by breaking them until they are decomposed to features that are Java objects or primitives.

After completing the object structuring of the shopping cart, one has to understand how they will be used in tests. The first part of the test (or the part done before the test) is represented by adding the products in the cart. The test only has to check whether there are the right products in the cart.

In order to build the "shopping cart" object expected by the test (the expected content), one must create the constructor that assigns values of the specific features type to all its features. Thus, one passes to the constructor parameters which correspond to the features of the object, having the type of these features (for example, for a String type feature, a String is passed in the constructor; for an int, an int parameter is passed).

Starting from the simplest object, constructors are created. For the Link:

It can be noticed here that the Link object has a label and an URL, both of the String type, whose value is instanced with the values received from the parameters of the constructor.

For the product, the following constructor is generated:

For the shopping cart, the constructor looks like this:

Based on the constructor, the following objects will be generated (those that will serve as "expected"), by passing to the constructor some values having the type of parameters which these will be assigned to:

As an example, for the link object: the two features, the associated label and URL can be deduced in one single WebElement. A link type element is represented from the point of view of the HTML as an tag, having a "href" attribute (by the extraction of which, the URL is identified). By calling the getText() method of the Selenium library directly on the "a" element, the value of the label is obtained. Thus, the constructor based on the WebElement is described below and it instances the features of the object, extracting them from the corresponding HTML element:

For the construction of the actual object corresponding to a product, depending on the number of webElements necessary to obtain all the features, we will define a constructor which takes as a parameter either a webElement or a list of webElements. Supposing there is just a single element used, the constructor will look like this (for instance):

After the definition of all the constructors based on webElements, one can also generate the constructor for the most complex of them, the shopping cart:

Following the definition of the objects and constructors, one can move on to the test writing step. The requirement of the test was to compare the shopping cart to an "expected" one, that is, to compare all the features of the shopping cart to those of the expected cart. These features are, in their turn, objects, so their features too should be compared to the features of some expected objects. Since the expected values were constructed by means of the first type constructor (the one with parameters having the type of features that are being instanced), and there is a constructor for the generation of the actual content (through the interpretation of the features of some webElements), the test that must be written contains one single assert. It will compare the expected features to the actual ones, by simply comparing the two objects. We should mention that, along with the definition of objects, one must also implement within each the equals() method - the one that verifies whether two objects are equal or not.

Thus, the test can be written as follows:

Of course, this test does not describe the steps necessary to the construction of the shopping cart (surfing on the shopping site and adding the products). These steps can be made within the test, if necessary, or in "@Before" type methods.

In case you want, for instance, the typing of the same content, but in different languages, you can pass a dataProvider to the test, which contains a parameter used in the test to change the language, as well as the expected value of the test in the respective language. In this case, the test will be the following:

The DataProvider used in this test will look like in the example below:

Thus, suppose the shopping site is available in 20 languages, the translated test that checks the accurate display of the shopping cart will have a reduced number of code lines and it will be written only once, being, however, run on all the existing languages.

The manner of writing tests by comparing the objects generated from webElements to those generated from objects and primitives has numerous benefits. Firstly, the test is a very short one, with a well-defined purpose, doing one thing only: comparing the actual values to the expected ones. The test in itself does not require a lot of maintenance, since following the changes in the page accessed by users, it is not the test that has to be altered, but the manner in which the compared features are generated. The alteration of the value of a label on the page only requires the alteration of the expected value corresponding to an object. This alteration is made in one single place, but a great number of tests benefit from it. Thus, the testing part is separated from the part of generating the expected values.

Another benefit is represented by the compact structure of the test, as it is not necessary to write numerous asserts, nor to pass many parameters to a method that has to check those values. Instead of those numerous parameters, one directly passes the object containing the features to be compared.